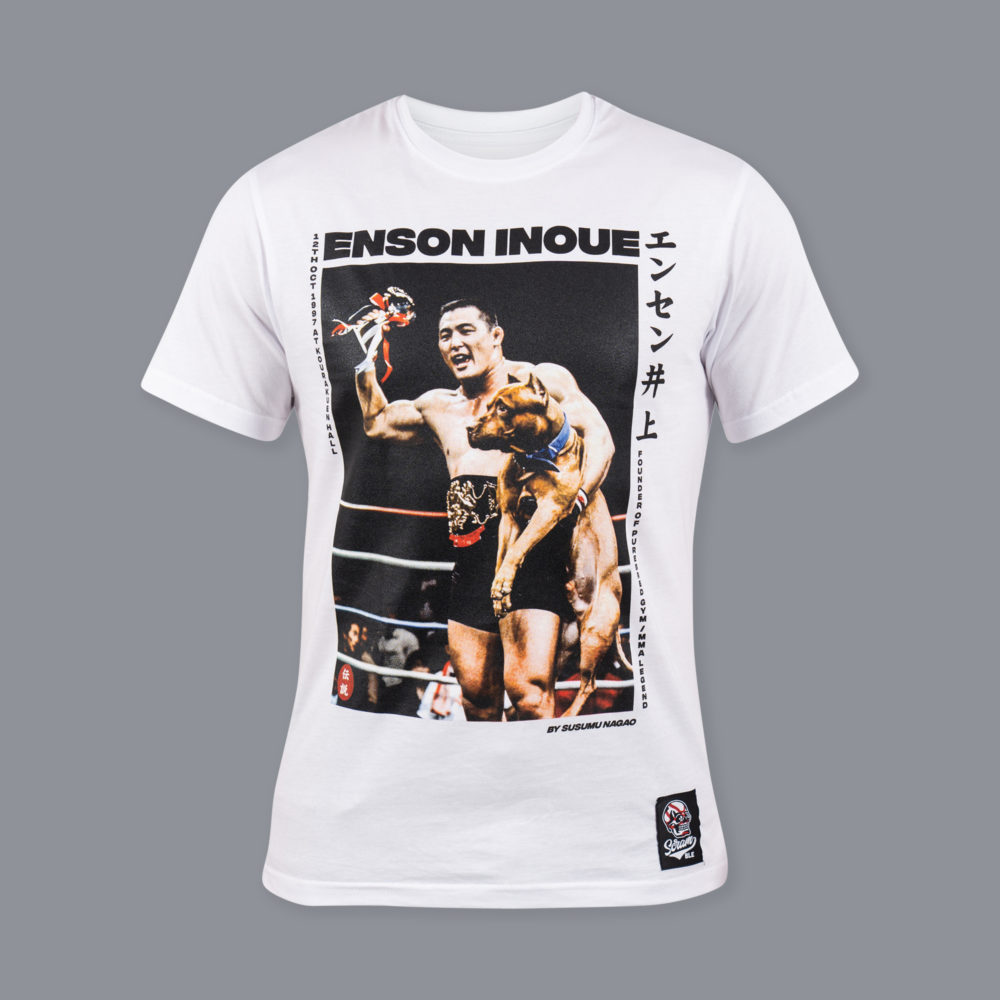 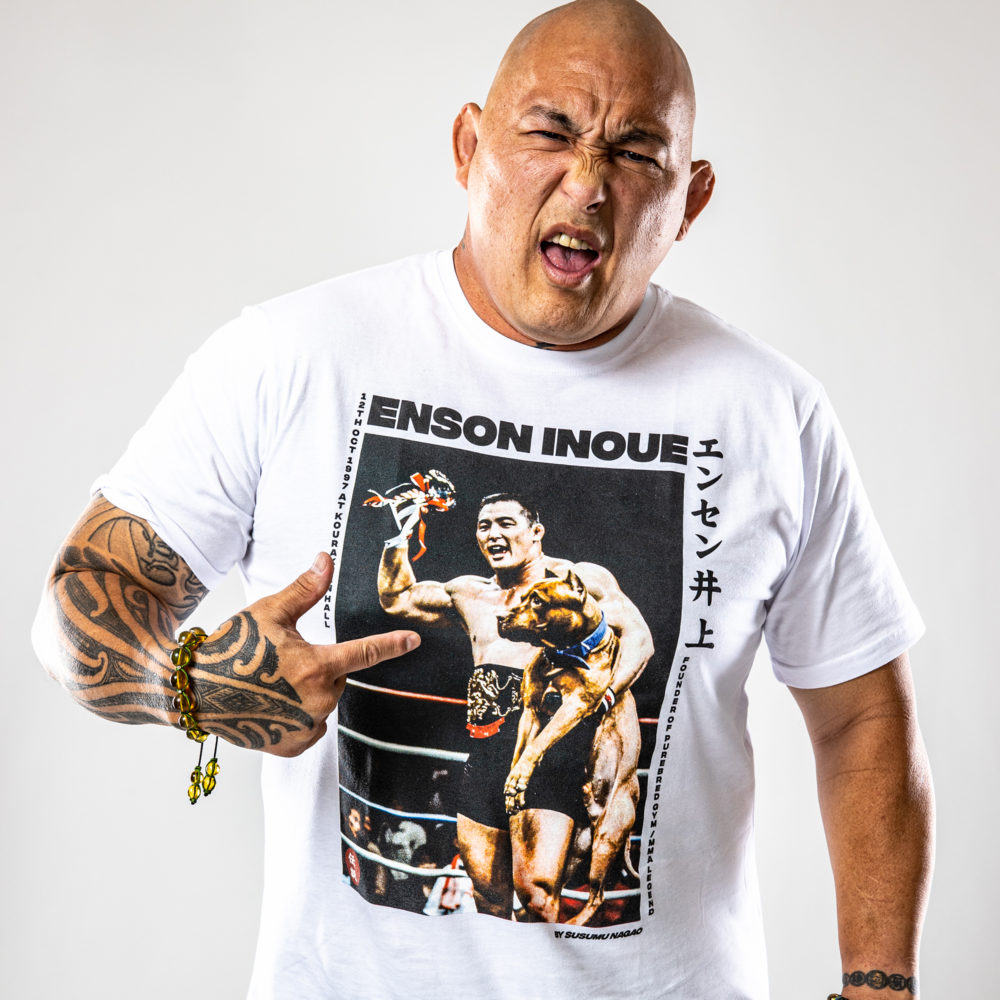 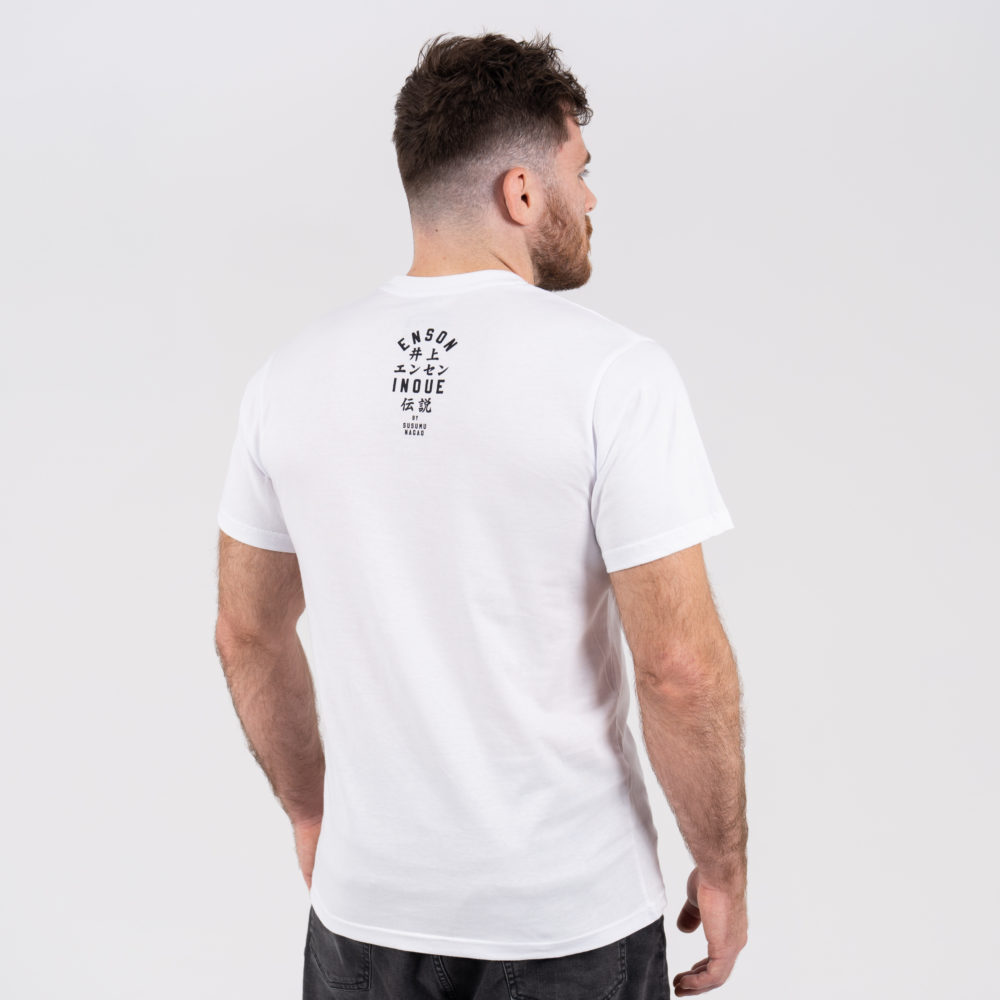 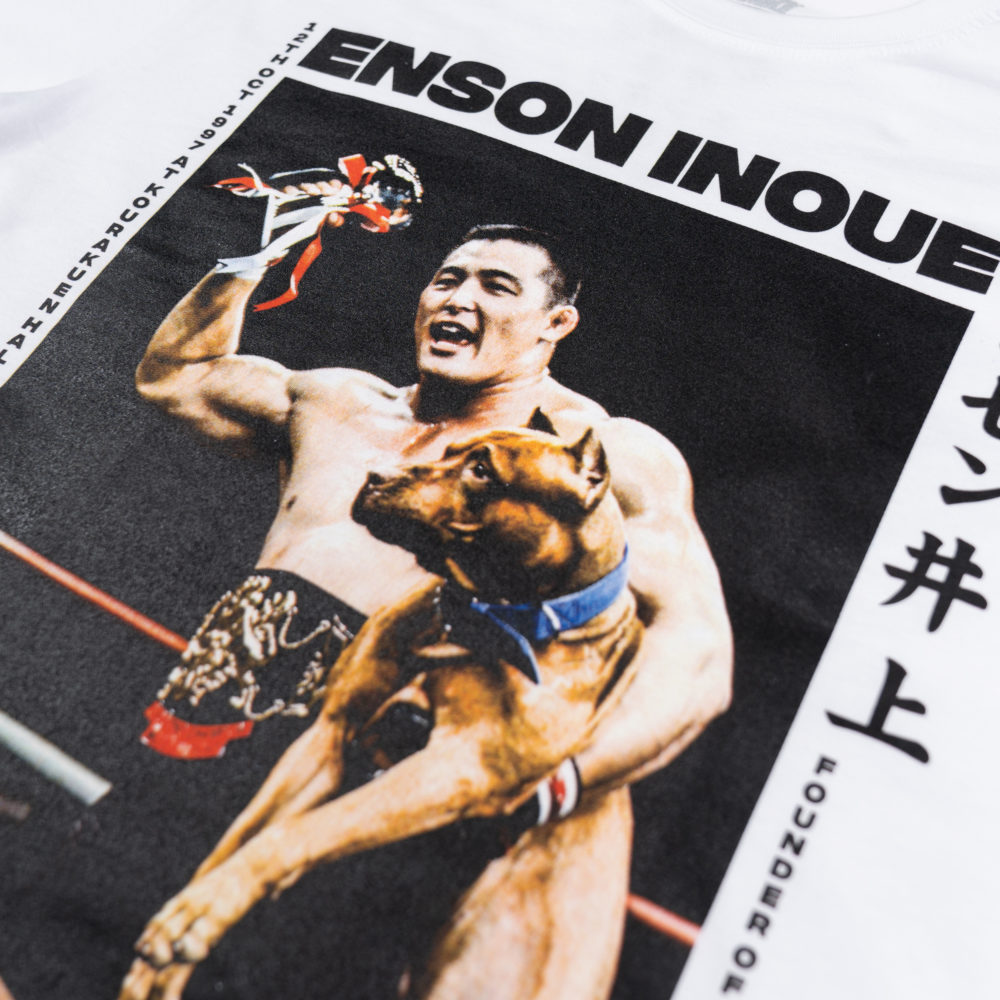 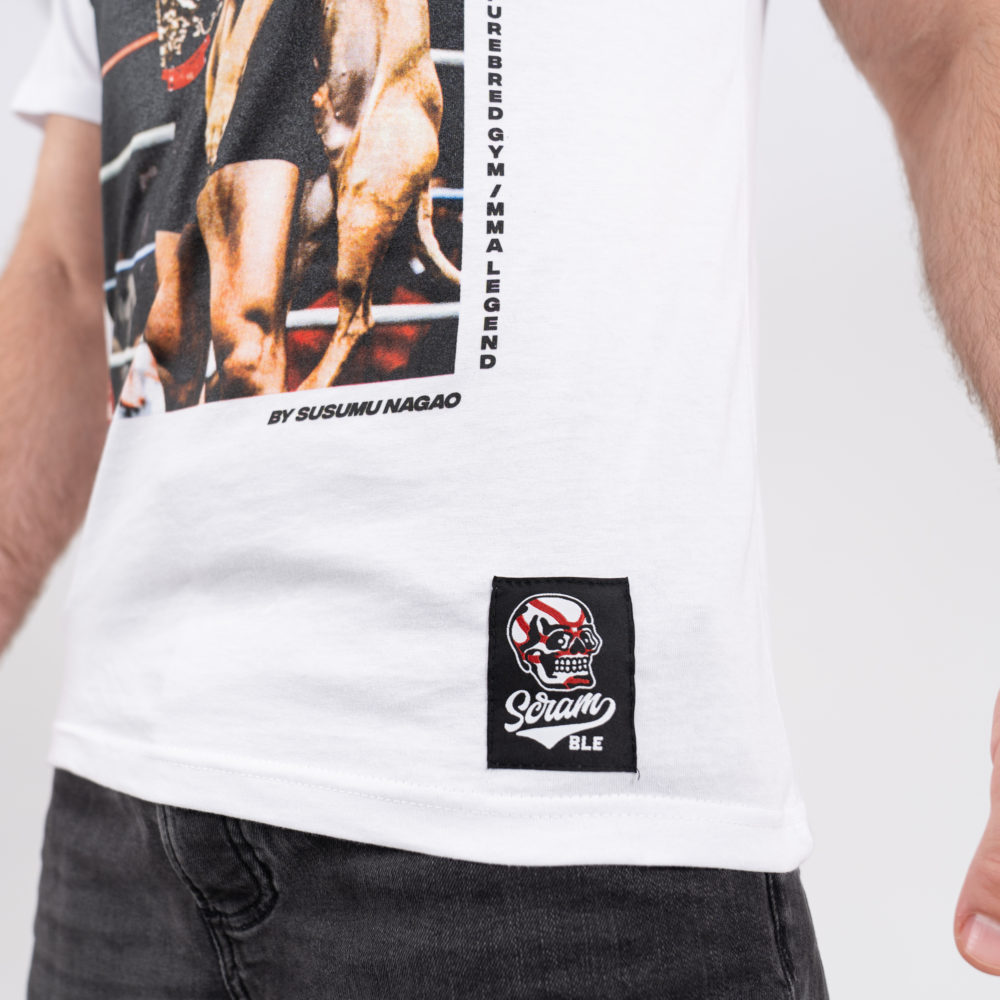 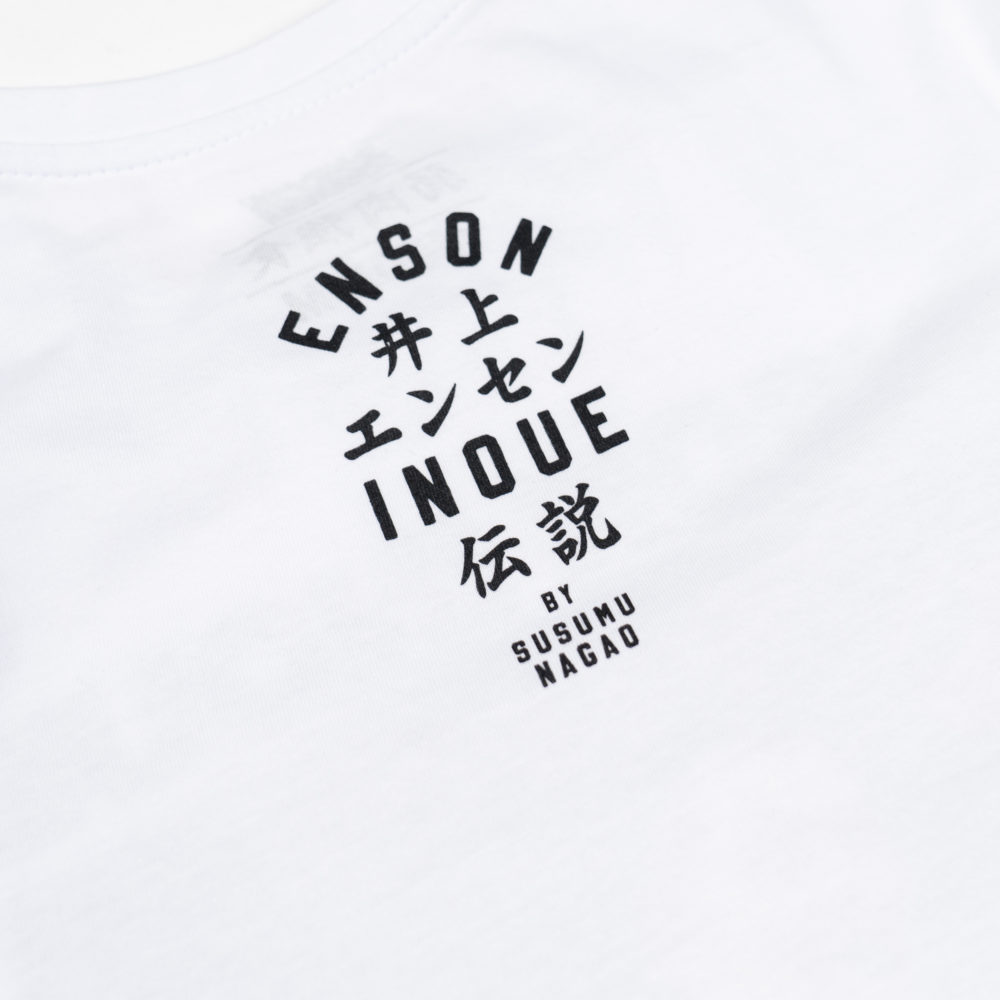 The Scramble x Susumu Nagao Legends collection is a celebration of one of the greatest MMA photographers in the world.

This t-shirt celebrates Enson Inoue, the Hawaiian-born Japanese who had a storied MMA career, having fought in the UFC and Pride, and being the first Shooto heavyweight champion. Since retiring from MMA, Enson has shown himself to be a philanthropist, providing regular aid to victims of the Fukushima earthquake/tsunami disaster that happened in 2010. The picture we chose shows Enson with his beloved dog, Shooto, when he won the Shooto heavyweight title.